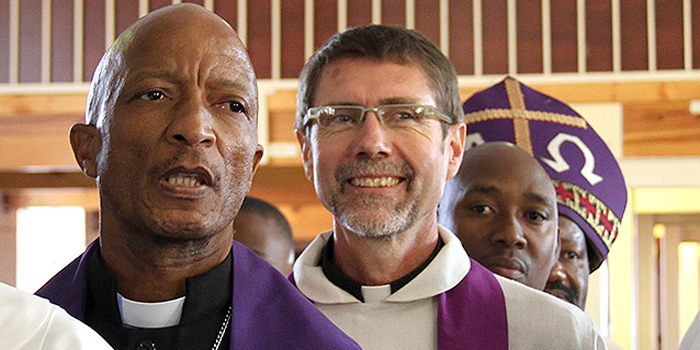 How very good and pleasant it is when kindred live together in unity! — Psalm 133:1

The Lutheran World Federation is a global communion of Christian churches in the Lutheran tradition. Founded in 1947 in Lund, Sweden, the federation now has 143 member churches in 79 countries representing 70.5 million Lutherans worldwide. It acts on behalf of its member churches in areas of common interest such as ecumenical and interfaith relations, theology, humanitarian assistance, communications and various aspects of mission and development work. Based in Geneva, Switzerland, the federation has regional offices around the world. Former ELCA Presiding Bishop Mark S. Hanson served as president of the federation from 2003 to 2010.

Formed in 2010, the North American Lutheran Church grew out of the reform movement, Lutheran CORE. In response to a resolution passed by the 2011 ELCA Churchwide Assembly on seeking conversation with the North American Lutheran Church, four representatives of each church body met in 2012 in Indianapolis to discuss areas of disagreement, interest and concern. Practical matters related to local mission and ministry were significant topics at this meeting.