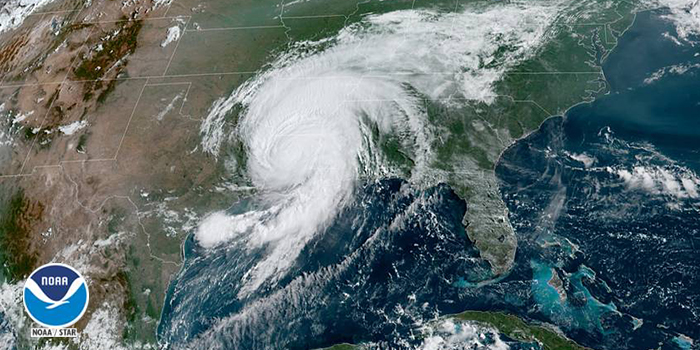 The situation:
Hurricane Laura, a powerful Category 4 storm, hit Louisiana and parts of Texas with devastating force in August, causing at least three deaths, major damage and leaving hundreds of thousands without power. With extremely dangerous storm surge and winds of at least 150 mph, it was one of the most powerful storms to hit the area in a century, and it left widespread destruction in its wake. Before the storm arrived, thousands had to evacuate.

On Sept. 16, Hurricane Sally, a Category 2 storm, made landfall on the Gulf Coast, dropping more than two feet of rain in some areas and causing widespread power outages throughout eastern Louisiana, Mississippi, Alabama and the Florida Panhandle. Another Category 2 hurricane, Delta, made landfall in Creole, Louisiana, on Oct. 9, less than 20 miles from where Hurricane Laura hit weeks earlier. The impact of Hurricane Delta will likely set back recovery efforts by weeks.

Our response:
Lutheran Disaster Response is engaging with Lutheran Social Services Disaster Response (Upbring) and the Northern Texas-Northern Louisiana, Texas-Louisiana Gulf Coast and Southwestern Texas synods to respond to Hurricanes Laura and Delta, assessing needs as they look forward to long-term recovery in the area. Following Hurricane Sally, under the leadership of the Southeastern Synod, the synod and Inspiritus are working together to provide relief assistance to survivors in Baldwin County, Alabama. With LDR support, they are hiring a disaster coordinator for the response effort. Additionally, the Florida-Bahamas Synod received a grant to distributed relief supplies, such as tarps, food, and water, to survivors in Pensacola, Florida. While the extent of the damage is not yet known, we will accompany communities devastated by hurricanes from immediate relief through long-term recovery. This is our commitment as a church.

What you can do:
Pray
Please pray for people who have been affected by hurricanes. May God's healing presence give them peace and hope in their time of need.

Give
Your gifts designated for “Hurricane Response” will be used entirely (100%) for direct response until it is complete. Together, we can help provide immediate and long-lasting support for those whose lives have been impacted by hurricanes.

Connect:
To learn more about the situation and the ELCA’s response: