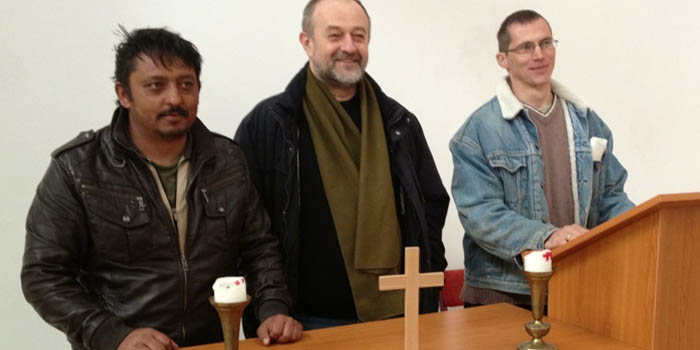 Put “Lutheran” and “Europe” in the same sentence, and what often comes to mind are Germany and Scandinavian countries with state-sponsored churches, where Lutherans are a numerical majority. While the ELCA relates to Western and Northern European churches, the ELCA’s engagement in this region focuses on the small, re-emerging churches of the Lutheran Communion of Central Eastern Europe. Lutherans are a distinct but committed minority in the Balkans and Baltics, Hungary, Russia, Slovakia and other areas that were part of the Soviet bloc until 1989. The ELCA accompanies these churches by supporting their people and ministries in leadership development, evangelism, education and outreach among minority populations. Words, people and phrases like Христос воскрес, Lyceum, Roma, Siberia, Nyiregyháza, Schengen zone, Ďakujem veľmi pekne, and Luther Decade are part of the language of relationships on this broad, complex continent.

Twenty-five companion synod relationships connect European churches and ELCA synods and congregations. You can participate in the ELCA’s engagement in Europe through one of these relationships: teaching in Central Europe in high schools, or serving in the Young Adults in Global Mission program in Hungary or the United Kingdom. At the ELCA Wittenberg Center, you can explore the lessons from the Reformation for your faith and what it means to be a global Lutheran in today’s world. “Meeting at the Crossroads of the Reformation” is the theme of ELCA-sponsored seminars in Wittenberg, providing leadership training for women church leaders from the global south and minority churches. In major cities you can worship in English-language congregations whose members embody a rich diversity of ethnicity, race and faith traditions from as many as 30 countries. But you don’t need to visit Europe to be involved. Your prayers and support are needed for projects among marginalized Roma people in Hungary, health clinics for homeless in Moscow, church leadership programs in Siberia, and supporting ELCA mission personnel and young adults serving in Europe.

Learn how to support global companions in Europe by clicking here.