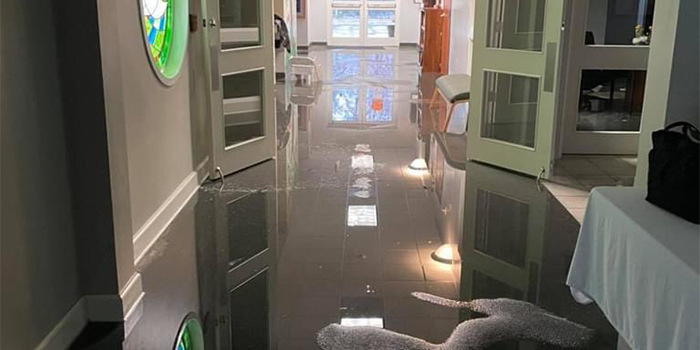 The situation:
Beginning Feb. 14, a polar vortex descended over the United States. It is responsible for subfreezing temperatures and heavy snow across the country, impacting millions of people. The harsh conditions severely impacted Southern states, such as Texas, which lack the infrastructure to handle the freezing temperatures and record-setting snow and ice. This has led to power, food and water shortages throughout the region. At its peak, 4.5 million homes and businesses in Texas were without power. With bursting pipes and broken water systems, around 13 million Texans are facing water disruptions. As temperatures rise, melting ice and snow is expected to cause more water damage.

Our response:
Lutheran Disaster Response is communicating with the Texas-Louisiana Gulf Coast Synod, the Southwestern Texas Synod, the Northern Texas-Northern Louisiana Synod, and Lutheran Social Services Disaster Response. Congregations are already conducting relief efforts such as supplying water, food and generators to those in need and opening their doors to serve as shelters. Long-term recovery may include repairing water-damaged homes, disaster case management and supporting vulnerable populations.

What you can do:
Pray
Please pray for the communities that were impacted by the winter storm. May God's healing presence give them peace and hope in their time of need. Pray that God will deliver comfort to those who mourn and strength to those who are working diligently to care for affected communities.

Give
Your gifts will support storm survivors. Gifts to “U.S. Severe Storms” will be used in full (100%) to assist those affected by severe storms.

Connect:
To learn more about the situation and the ELCA’s response: